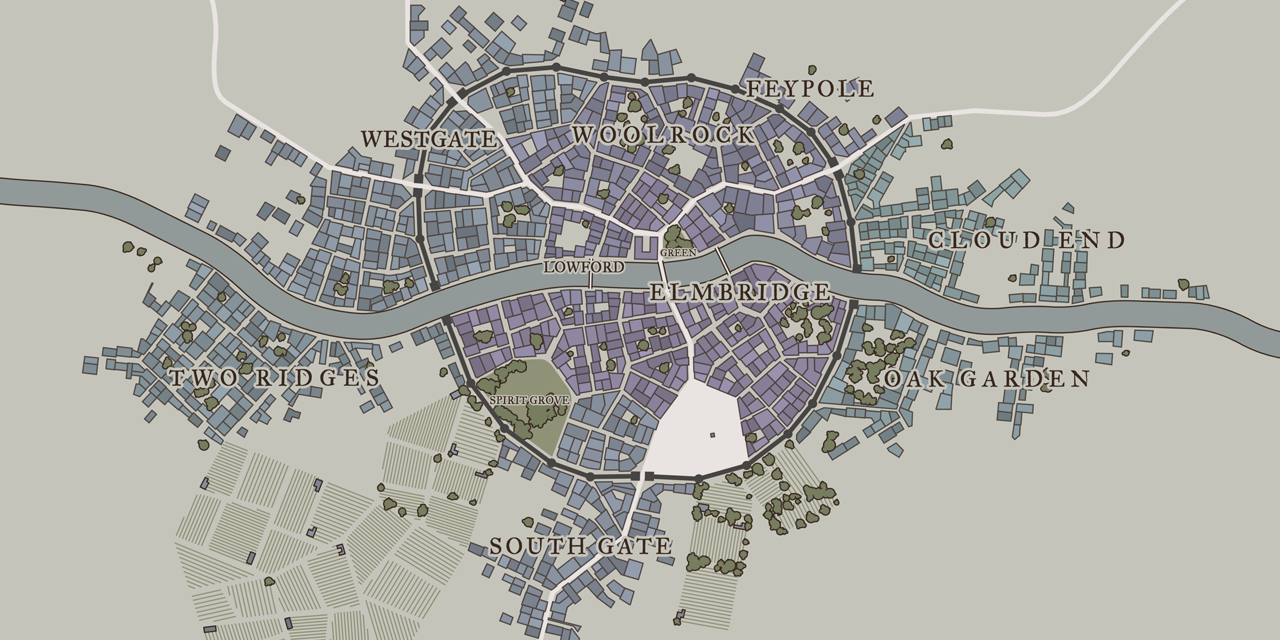 Medieval Fantasy City Generator (MFCG) is the most developed and most popular generator of this set. Its initial version was crteated for the Montly Challenge on Reddit and back then maps it produced weren't much more than city-shaped Voronoi diagrams. Todays MFCG is capable of generating much more detailed and realistic maps with a lot of customization options.

You can view a generated city in 3D by exporting its map as JSON and opening it in City Viewer.